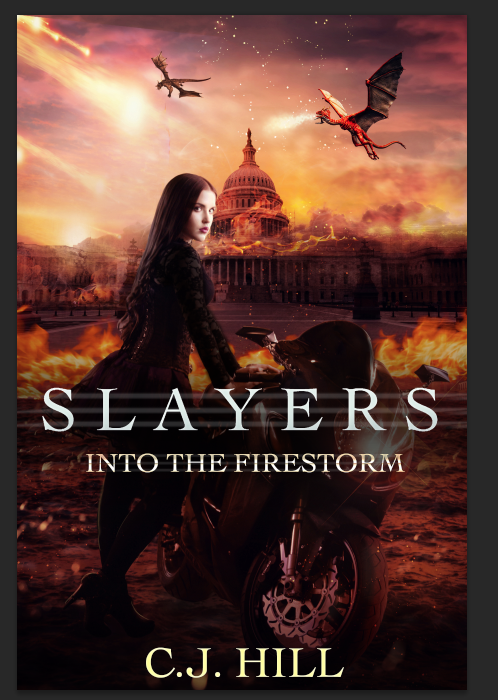 Perhaps by the time I’m finished with the book, I will remember that firestorm is one word. Although you probably shouldn’t hold your breath. I’ve written multiple books that involve either the Renaissance or renaissance festivals and I still spell the word wrong. Every. Single. Time.

Anyway, I am working on Slayers 4 again. I’m having a hard time getting excited about the book because I want to be already done with this series and it still needs so much work, and oh yeah, the climax and ending. It still needs that.

And–this is why I shouldn’t write series–I know at some point soon, I’m going to have to go back and reread all three books to make sure I’m not inadvertently changing facts and details.