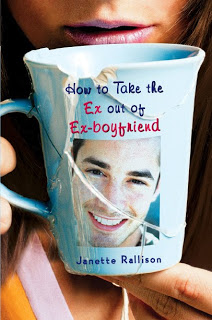 My daughter worked at Putnam going through the slush pile a few summers back. She told people her official job title was: Dream Crusher.

A lot of agents could also put this on their business cards.

During my recent agent-quest, I only got one form rejection–which would seem pretty good until you realize that I had a manuscript an editor wanted (The sequel for My Fair Godmother) which was in need of a contract. In my query letters, I mentioned this fact. It’s the equivalent of telling agents: Hey, you get guaranteed payment for signing me as a client.

I still got rejected. Heck, I still got agents that didn’t even bother to reply with a polite, “No Thanks.”

But due to the last post, I’ve heard a lot from other writers about their rejections. My favorite is from a very talented author who had an agent email her a form rejection while he was simultaneously watching Avatar. (She knew because she was following him on twitter.) That’s got to make you feel special. The agent considered your life work during the slow parts of a movie. (If only the author had thrown in a kick-butt, anorexic looking, blue alien, she might have gotten farther with her manuscript.)

In my book, How to Take the Ex Out of Ex-boyfriend, rejection letters play a pivotal part in the plot. (This is why authors are sick; we take our traumatic moments and put them in books to make money off of them.) So leave a comment telling me your worst rejection moment and the random number generator will choose who gets a free copy of the book.