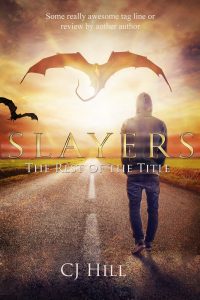 A spy’s life is never safe.Tori knew that sending Aaron to Overdrake to act as a mole would have its risks. Overdrake might find out the truth about Aaron’s intentions—or even worse, convince Aaron that his revolution is necessary. The rest of the Slayers are less than enthusiastic about Tori and Aaron’s decision. If Aaron switches sides, they’ll have to contend with three dragons during an attack—odds that will certainly doom them. Tori, however, is positive they can trust Aaron. Trusting Dirk is another matter. He’s still convinced that if he shows Tori what dragons are truly like, he’ll trigger her dragon lord side. And he’s not wrong. Tori knows that learning how to control dragons may be the key to saving her friends, but the more time she spends with them, the more she wants to save them, not kill them. When the next face-off comes, choosing sides isn’t as easy as it used to be. 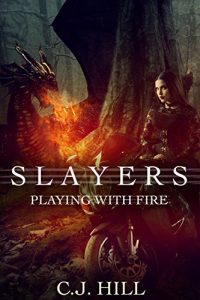 Having superpowers is overrated. It requires Tori to go to way more team practices than can comfortably fit into a normal teenager’s schedule. Being a dragon slayer has other drawbacks too—like fighting dragons and keeping one step ahead of power-hungry dragon lords, all without blowing her cover.
Tori Hampton is a presidential candidate’s daughter, which means she not only has a public reputation to maintain, she also has a humorless bodyguard to ditch every time she needs to go on a mission.

And Dr. B has plenty of missions for the Slayers. When he discovers that someone is selling dragon scales on the black market, he’s convinced the seller can give him the dragons’ location. A surprise strike could turn the tide in the Slayers favor, but when they track down the seller, they find more than they’ve bargained for.Suddenly, strategies need to change, alliances shift, and Tori finds herself caught in the precarious middle.

Jesse, the captain of the other Slayers team, is everything she wants, but then there’s Dirk, the dragon lord’s son—who also happens to be her ex-boyfriend. He’s determined to convince her that she should love dragons, and love him too. The fact that he and his father plan to overthrow the government? Details not worth arguing about.

Tori believes she can turn Dirk around and convince him to rejoin the Slayers, but he’s just as convinced that she should leave the Slayers and become a dragon lord. Dirk can teach Tori how to control dragons, and it’s a skill she desperately wants. It could make all of the difference in a battle. It could save her friends’ lives. When Dirk offers to let her ride a dragon, she knows that meeting him is like playing with fire. 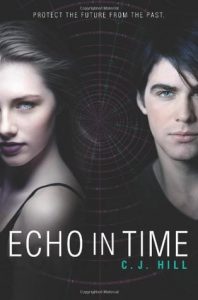 Echo in Time delivers on “the possibility of an equally thrilling sequel” (Kirkus Reviews) to Erasing Time.

After being pulled 400 years into the future, twins Taylor and Sheridan have found some refuge from the government of Traventon, which used the dangerous Time Strainer to yank the girls from the past. Yet the threat of the dangerous technology still looms. Taylor and an ally, Joseph, are selected to go on a mission to destroy the time machine and weapon. But their actions before they do may have major consequences for the future and the past.

Action-packed and romantic, this futuristic sequel to Erasing Time is perfect for fans of dystopian and sci-fi novels such as The Maze Runner by James Dashner, Across the Universe by Beth Revis, and Matched by Ally Condie. 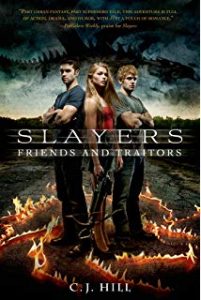 sequel to Slayers, the group of teens known as Slayers have been betrayed―but they won’t give up without a fight.

Tori’s got a problem. She thought she’d have one more summer to train as a dragon Slayer, but time has run out. When Tori hears the horrifying sound of dragon eggs hatching, she knows the Slayers are in trouble. In less than a year, the dragons will be fully grown and completely lethal. The Slayers are well-prepared, but their group is still not complete, and Tori is determined to track down Ryker―the mysterious missing Slayer.

What Tori doesn’t bargain for, however, is the surprising truth about her powers. She isn’t just a Slayer, she’s part Dragon Lord, too. How can Tori fight to save her friends when half of her is programmed to protect dragons? And with a possible traitor in their midst, the Slayers will be divided in more ways than they ever imagined. 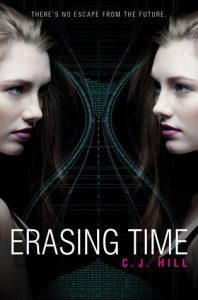 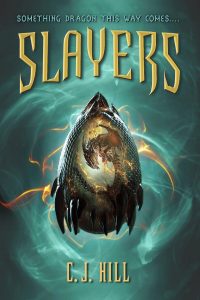 Dragons exist. They’re ferocious. And they’re smart: Before they were killed off by slayer-knights, they rendered a select group of eggs dormant, so their offspring would survive. Only a handful of people know about this, let alone believe it – these “Slayers” are descended from the original knights, and are now a diverse group of teens that includes Tori, a smart but spoiled senator’s daughter who didn’t sign up to save the world.

The dragon eggs have fallen into the wrong hands. The Slayers must work together to stop the eggs from hatching. They will fight; they will fall in love. But will they survive?