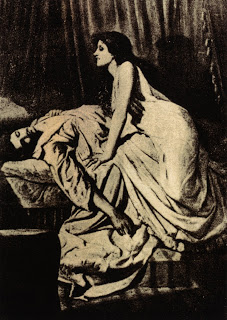 Insomnia has long been my nemesis. It used to be that I would only get it if I was stressed, or upset, or excited, or in a different bed, or if the air molecules weren’t circulating in just the right way in the room.

But last year all of that changed. Meaning, it got worse. For two weeks straight I was averaging about four hours of sleep a night. I felt like my head was about to fall off my body. It was literally hard to think straight.

Surprisingly, it didn’t affect my writing ability all that much. I actually wrote a good portion of My Unfair Godmother during that time. (What else are you going to do when you wake up at three in the morning?) It did, however, affect other important cognitive functions, like being able to discern the difference between laundry soap and fabric softener. I was constantly pouring the wrong one into the washing machine. In my defense, they were both in blue bottles. Okay, one was a light blue bottle that read: FABRIC SOFTNER and the other was in a dark blue bottle that read: CHEER, but still. Who notices those sort of details when your head is about to fall off?

So I finally went to my doctor and he prescribed Ambien.

I must admit I was a bit worried after I read about the side effects. The list starts out with dizziness, and daytime sleepiness, and then if you’re still reading it mentions that people have gotten out of bed, driven vehicles, eaten food, made phone calls, oh yeah, and had sex while not fully aware.

Alas, that has never happened. Maybe I should have noticed in the side effect section that not once did it ever say: People have gotten out of bed and done their work. Which makes me wonder if all those people who got caught doing those other things were just using Ambien as an excuse. (No really, Officer, I don’t know what I’m doing here in the red light district. It must be the Ambien.)

Anyway, I’m very glad to have my little pink friend on nights when I can’t sleep. I highly recommend it–even if your Ambien personality won’t be doing your work for you.