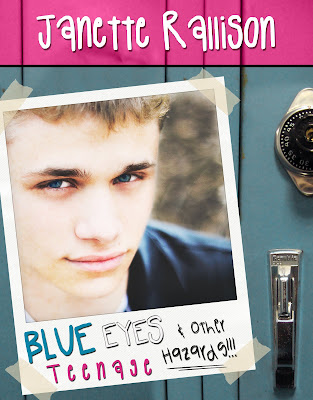 Before I published my first book, my editor told me there would be mistakes in it. “No matter how hard we try,” she said. “There’s no such thing as a perfect book.”
At the time I didn’t realize how right she was. I get it now, though.
Go ahead, ask me about the hay-straw debacle. (Although I tried to change every reference to horses eating straw in My Unfair Godmother, one still slipped through.)
Or there was that time when my heroine’s hands were tied, then untied, then magically retied.
Someone just emailed me and pointed out that I have a character pressing the gas pedal on his motorcycle in Slayers. Did you know that motorcycles don’t have gas pedals? I clearly didn’t.
A few years ago I got back the rights to my first book, Deep Blue Eyes and Other Lies. After I got over the horror of my bad writing (I wrote the thing 16 years ago. I’ve improved since then) I went through it, rewrote portions, and put it up as the ebook Blue Eyes and Other Teenage Hazards. I had it copy edited, but the problem was that I also made changes to the manuscript per the copy editor’s suggestions.
I’ve sold something like 1600 copies in two months. I just reread it because I’m going to have it formatted for a paperback and I found all sorts of typos.
I also found a place where the characters refer to an event that hasn’t happened yet. (Funny line, too bad it doesn’t make sense to the readers.) I’m not sure whether I should be gratified or not that none of the 1600 people who bought the ebook have told me about this problem.
Maybe they just haven’t gotten to the book yet. (Sort of like those three stacks of books that I’ve bought but haven’t found time to read.)
So, for anyone who already bought Blue Eyes and Other Teenage Hazards–Why, yes, my characters are psychic. In fact, they put the chic in psychic.
And the fixed version should be up late tonight.
On the subject, Virginia Maughan Kammeyer wrote a poem about editorial errors :
WESTERN DAZE

Moving as rapidly as light
You type a novel in a night,
Then galloping at frantic pace
Over the hills your heroes race.

From cattle ranch, to gambling room,
To mesa bluff and back they zoom.
How can you, writing at such rate,
Keep places, plots, and people straight?

Your marshal, now—I fear that he
May someday meet catastrophe,
(A mix-up by some typing elf)
And handcuff, jail, then hang—himself.