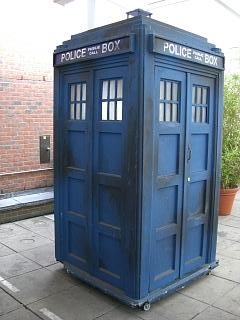 Authors are clearly crazy. Think about it. We make up a bunch of people and then write long drawn out conversations between them. Sometimes we have them kill each other and we cry over their demise. Craziness, pure and simple.

Authors also do things like spend months working on a project in the hope that some day, someone will want to pay them for it. Would truck drivers do this? Would plumbers? I think not.

But in case you needed more proof, take the case of Ray Dolin, who was working on a book called Kindness in America. He faked a drive by shooting in order to promote the book. Um, yeah, I’m willing to do a lot of things to promote my books, but shooting myself is not one of them. I have–in the spirit of promotion–offered to shoot my editor. I mean, I bet that would make people remember the book. But alas, thus far none of my editors has been willing to take one for the team, so to speak.

The sad thing about all of this is that even though Ray Dolin’s hoax was discovered, his book has gotten an awful lot of publicity over the event. And what works for one author, other authors are sure to implement. I’m afraid this will lead to a rash of author shootings. ALA may turn into the equivalent of the old west. (Make sure you keep your distance from James Dashner and Robison Wells for a while. Both of them frequently have that crazed look in their eyes . . .)

Although I’m determined to stay out of the line of fire, I’m trying to think of ways to take my promotion to the next level. My next book is a time travel dystopia. So I’ve decided to time travel to promote the book. Anyone who knows how to get hold of Dr. Who’s phone booth, let me know.