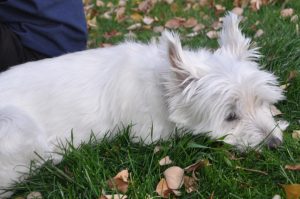 It started on Thursday afternoon when I was petting our dog, Georgie. She was lying on the floor looking sort of forlorn. I said to my graduating senior daughter, “Georgie will be so sad when you leave home.”

I’m pretty sure Georgie still hasn’t recovered from my oldest son leaving home last September to serve a mission in Colombia. This is probably the reason she lays around looking forlorn so often.

My daughter said, “You should get another dog so Georgie won’t be lonely.”

Immediately younger daughter joined in the conversation, insisting that Georgie needed a friend.

“I don’t want to create more work for myself,” I told the girls.

“Georgie is hardly any work,” Senior daughter pointed out. “So double that is almost nothing.”

Then the girls got on the internet and did a search of available dogs.  There are a lot of cute dogs available. Somehow the girls convinced me that I should go to the pound “just to look”.  As I recall, there were also (unfulfilled) promises of cleaning their rooms when we got back.

Suddenly I was in doggy-jail next to kennels filled with dolefully sad, desperate for attention, barking dogs.

We brought Georgie along, in case we needed to see how she got along with any future best-friends. She immediately pooped in the kennel hallway—either to show the other dogs that she could, or because she isn’t that smart. Misbehaving at the dog pound is the equivalent of shooting your gun off in the police parking lot.

Far from bonding with any of the incarcerated canines, Georgie looked around blankly as though searching for what all the other dogs were barking at.

Again, I never claimed that Georgie was all that intelligent.

I gravitated toward a fluffy poodle-lhasoo mix, (A loodle, I’m assuming) who immediately loved us. When the worker took her out of the kennel, she ran around wagging her tail, licking us, basically saying, “Hey, you’re a  human! I love those!” 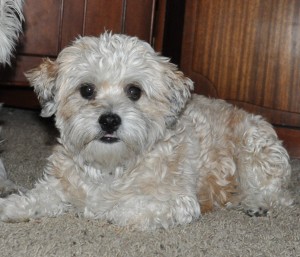 Georgie sniffed her disinterestedly and laid down.

When I asked the worker about the loodle’s history she told me the dog was a stray. A woman had adopted her five days ago then brought her back because she wasn’t potty trained. “When dogs are kept in our kennels, they need to be retaught to go outside,” she told me. “The other woman probably didn’t give it long enough.”

The girls insisted that they would help me house-train loodle, and she was so cute and loving that I relented.

We filled out the paperwork, paid the loodle’s bail, and drove her to our home. Georgie thought this was all well and fine until we brought the loodle inside our house. Only then did it occur to Georgie that loodle was staying.  Then she barked to let us know that, “Hey! There’s a dog in the house!”

The children set about finding a name for the loodle. “How about Lolly?” I suggested. “Because she’s so sweet. Or maybe Toffee. That’s cute.”

Second son set forth his own list. “How about Backpack, or Cupboard, or Kentucky?”  He apparently doesn’t like nouns as names.

“How about Eleanor?” youngest daughter suggested.

“How about Charlotte?” youngest daughter asked.

“Nope,” I have a character named Charlotte too.”  Youngest daughter apparently needs to read more of my books.

We decided on Poppette. Poppy for short. That way we can say, “Ello, Poppette” in an English accent. We’re all about sounding British.

Since then, Poppy has been following Georgie around like a sidekick, shadowing everything she does. Which in this case has turned out to be like Dumb and Dumber, the dog version.  I now have two dogs that bark at random and perhaps nonexistent noises.

More later on the joys of potty training. 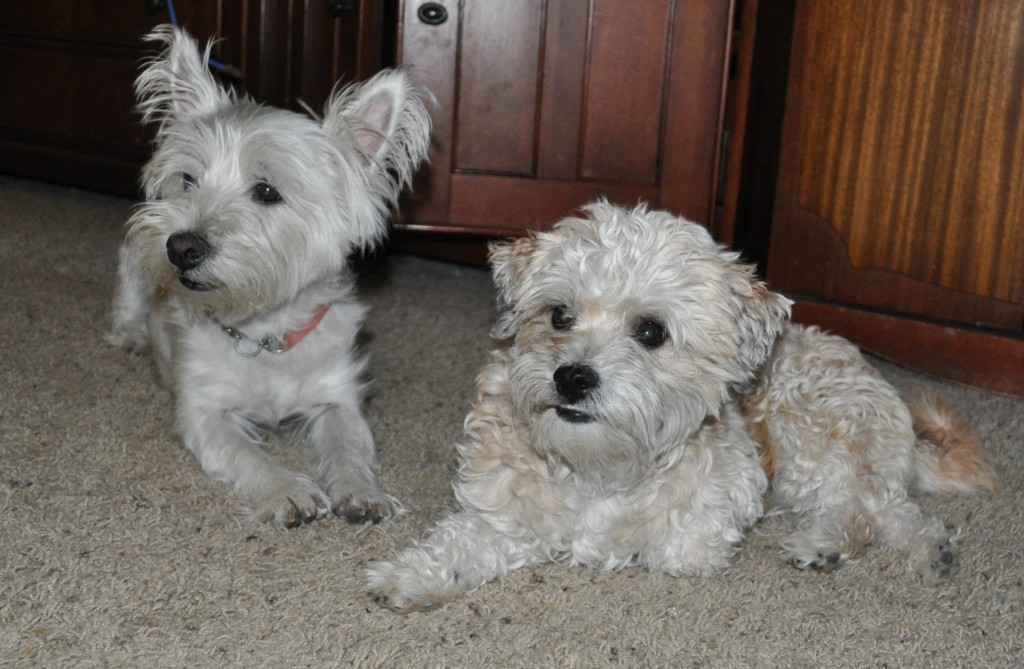