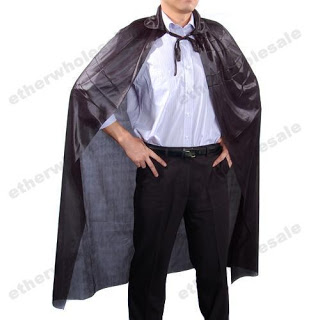 Maybe I’m just getting old (okay, there’s no maybe about it) but the last few paranormal romances I’ve read have really bugged me.

I’m not going to name names here—and I’m not bashing the paranormal genre. After all, one of the stories I’m working on is a paranormal romance. But I swear certain authors just took the Twilight characters, put a coat of varnish on them, and dropped them into their own novels. Hey, if it worked once, it’s bound to work again, right?

And okay, I can enjoy a Where-Have-The-Twilight-Characters-Popped-Up-Now book as well as anybody else. But there is one aspect of these novels that drives me crazy. I can buy paranormal beings and their assorted powers: vampires, werewolves, fairies, dragons, your basic undead sorts of guys and gals, whatever. The romance in these books, however, is too unbelievable. Here is the romance plot of these books in an ultra condensed version.

Guy walks in. Girl seems him. He’s hot. Really, really hot. Other girls are drooling but hot guy likes our heroine. In fact, he instantly loves her, which works out well, because she instantly and passionately loves him too. Why? We don’t know. Neither of these characters knows anything about the other except that they are eternally and irrevocably in love with each other. Oh, and at some point the girl learns that the guy has a dark, tormented side. This may or may not involve killing things. No matter, it’s love. They make-out a lot.

The guy buys the girl expensive gifts, watches her when she doesn’t know he’s there, and does other things that could classify him as a stalker. But it’s okay because he’s really, really hot.

Their love is so certain that a bad paranormal character wants to destroy the girl to hurt the guy. At this point in the book, I’m wondering why he cares since it’s very easy for him to fall in love with near strangers.

Villain is conquered, but all is not well because guy and girl are sort of different species.

Maybe I’m just cynical in my old age, but that all-consuming-love-even-though-I-hardly-know-you just doesn’t seem believable to me.

I should probably go back and study Twilight and see why the love story worked for me in that book and doesn’t in the Almost-Twilight books.

Either that, or I need to incorporate that sort of love story into my paranormal romance. Come to think of it, the Almost-Twilight books have done pretty well . . . You and me, baby, we could write a bad romance.