Another Whitney Awards has come and gone and I know you’re all wondering if I managed to retain my title of: Author with the Most Books Nominated Who Has Never Actually Won a Whitney.

On the plus side, I’ve got some awesome Loser Cheesecake photos to share. 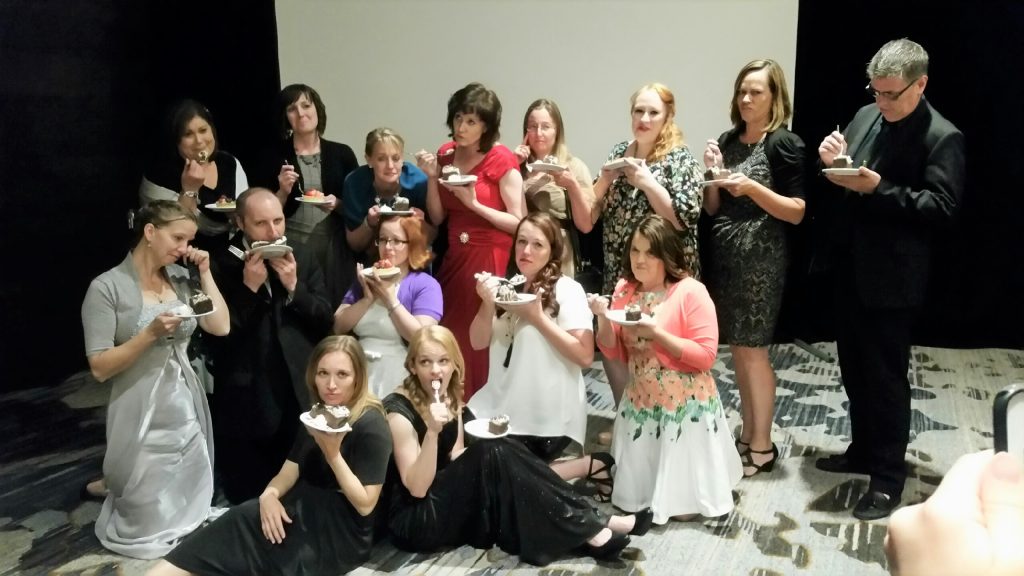 I love that Julie Wright is wiping her tears with Dan Wells’s tie.

Here are Heather Moore, Dan Wells, and I. All of us were nominated for three Whitneys this year and none of us won. But on the plus side: three desserts. So yeah…there’s always that.

Fitting or not, I feel that my most lasting legacy to the writing world will be the annual Loser Cheesecake photos.

This tradition was born the second year of the Whitney Awards when Julie Wright and I began a photo shoot depicting the effects of losing a Whitney. Mostly, the effects involve eating large amounts of chocolate.

We quickly dragged James Dashner and Jessica Day George into the photo shoot. 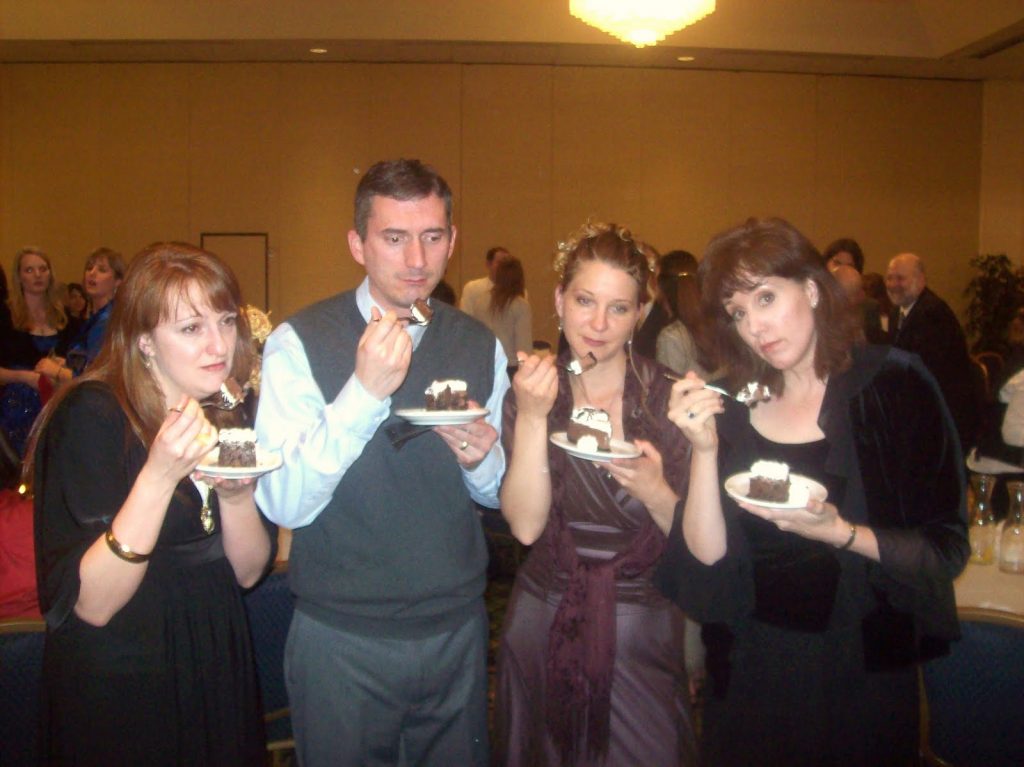 I admit that this picture makes me laugh every time I see it.

This year, Tamara Heiner came up to me after the awards and told me she thought I was very gracious and handled losing well. I should have told her that practice makes perfect but I’m not nearly as witty as my characters. Maybe I’ll use that line in a book someday, though.

On the bright side, I did win the James Dashner Shrine that they give away at conference. This consists of a paper James Dashner mask, a framed picture of him and Jeff Savage, and plastic cup and notebook with his movie title misspelled. I proudly posted the picture on Facebook and had about twenty people congratulated me as though it was an actual accomplishment. In actuality, James pulled my name out of a bowl. Still, I’ll take my congratulations where I can. 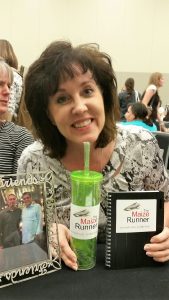