I just got back from Disneyland and it’s made me think about tourist sites in general and why we pack up our suitcases, pull out our wallets, and head off to see things. Some places are definitely worth the trouble, others, not so much. Here are a list of good and bad tourist sites.

On the good list:  Any mountain range.  Mountains are beautiful, peaceful, and make for good hiking. As an added benefit you don’t have to stand in line to see them. 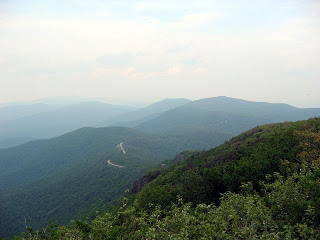 On the creepy list: Mount Rushmore. I’m patriotic and all, but who thought four gigantic heads that stare down at people was a good use of funds or sculpting talent? They’re watching you, and they don’t look pleased . . . 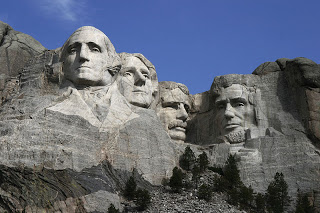 On the good list: The beach. Nothing is more relaxing than enjoying the waves on a floaty raft. That’s the ultimate in vacation time. Here’s a picture of Techno Bob and I on our 25th anniversary. 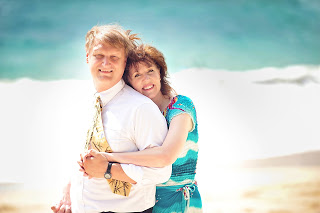 On the bad list: New York Times Square. According to Travel and Leisure Magazine this is the world’s most popular travel spot with nearly 40 million visitors a year. I’ve been to New York and I think Travel and Leisure Magazine may have gotten it wrong . About 20 million of those people were lost in New York’s corn-maze-like streets and just wound up there as angry taxi drivers honked impatiently at them. 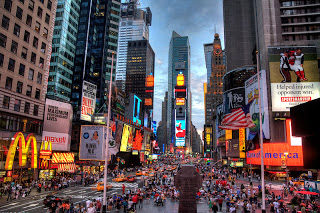 On the good list: The Lincoln Memorial. It’s not only been immortalized by the back of the penny (as a child I was convinced the trolley from the Mr. Roger’s Neighborhood was really the thing on the penny) it’s majestic at night when it’s glowing in light, it’s free, and the roof makes a darn good place to toss a character off of, if you happen to be an author. (Slayers 2, coming out 2013) 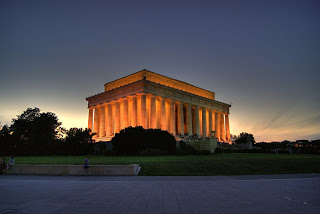 On the bad list: The Washington Monument. Okay, what is this thing supposed to be? How does a a really tall, skinny, useless building honor George Washington? Did anyone ask him about this design? Maybe he would have liked a nice statue with him on his horse instead. And am I the only one who looks at this structure and wants to play an areal game of ring toss? On the plus side, it makes a good place for flying characters to zoom around as they try to evade each other. (Again, a Slayers 2 scene.) 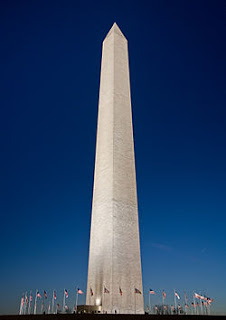 On the good list: The National Natural History Museum. You get to learn interesting stuff, covet  precious gems, see frightening looking fish that lurk in the dark parts of the ocean–something for everyone. Plus, again it’s a good place to set a scene for a book. Do you notice a Slayers 2 theme? 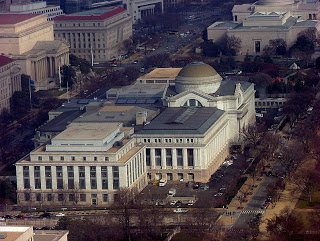 On the creepy list: Any museum that has mummies. I mean, there’s something unsettling about seeing shriveled dead people from thousands of years ago laid out in front of you like they were treasures. If I ever inherit an antiquity, the last thing I want is a mummy. Shriveled dead people don’t go with most people’s home decor and there are just so many things you can prop up in your living room.  A nice vase, I would take. 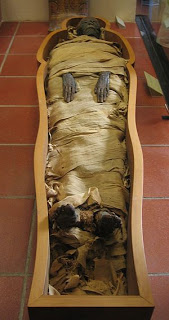 On the good and the creepy list simultaneously: Disneyland. The travel magazine says that 15 million people visit a year, and I believe them as there were at least that many people standing in line in front of me for the Toy Story ride. I love the princesses, the songs, the decorations–I mean, where else can you see a big, glowing pink castle? (Pure awesomeness!) 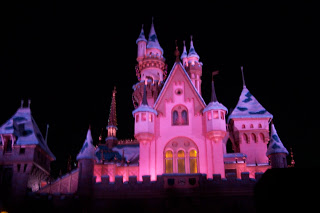 But sorry Disney, the large smiling rodent is creepy and giving Mickey a flesh colored face only makes him creepier because it looks like he’s mutating into a person. (Yes, that is me as a teenager.) 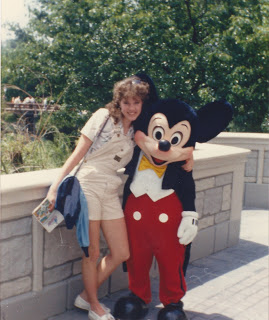 Well, I could go on but I have a book to write. I’m officially done with five pages of the next Fairy Godmother book.