When I was thirteen I was a huge fan of Battlestar Gallactica. I didn’t just dream of growing up to marry Richard Hatch, I dreamed of marrying Apollo. In my mind there wasn’t a difference between the two. 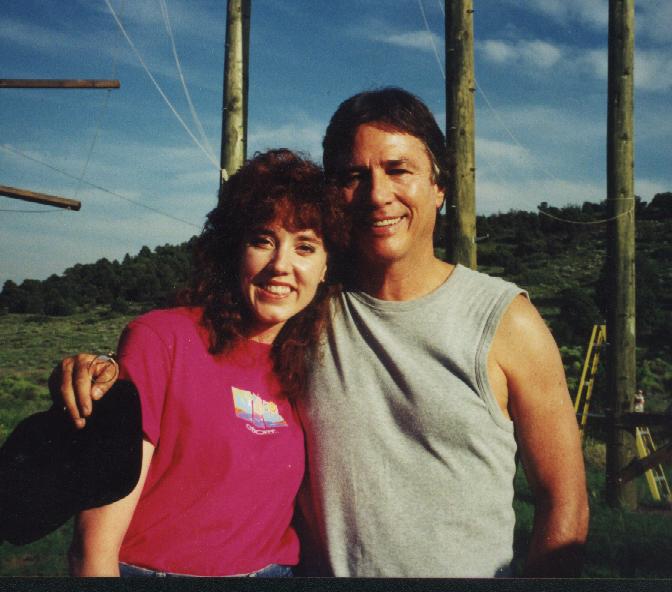 heroes had dark hair. (In my defense, the tally in books at the time was something like ten brunet guys to three blond ones. After that, I purposely wrote the next two heroes with blond hair, but yeah, I’m still way behind.) Richard Hatch–or rather, Apollo, is the reason why so many of my heroes have dark hair. Now, before you get defensive in my husband’s behalf, (he’s blond) I tried to put my husband in a romance novel once. I had to fire him after the first day. My husband is such a laid-back peacemaker that he just wouldn’t fight with the heroine. (Which is great in real life but not good in novels which need conflict.)

When I found out that Richard Hatch passed away yesterday, well, it’s been a sad day for me.

Jesse in the Slayers series is based on a younger version of Richard. What teenage girl wouldn’t fall for this guy? 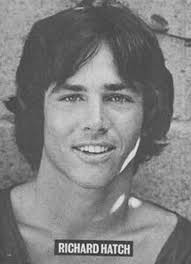 Or here’s another picture. 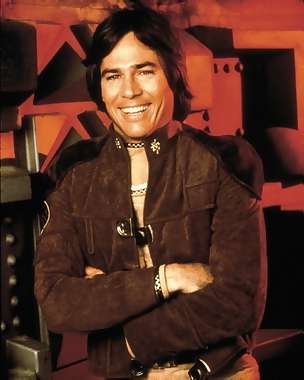 Today, I kept thinking How can I imagine Jesse doing things in the Slayers series when Richard Hatch died? It seems like his likeness should have vanished from my mind or something. Which of course is ridiculous. Imagination doesn’t work that way.  But still, everything has felt a little off and wrong today. My own mortality has been standing on my porch, looking in through the windows.

I’ve also been thinking about the time I met Richard sixteen years ago. He was doing a day-long seminar on embracing your fear, and this was taking place in Sedona not far from where I lived. I couldn’t pass up a chance to meet my childhood idol.

It was a memorable meeting, to say the least. I was so nervous. I was afraid he would look at me and then look over me like I wasn’t enough. I mean, isn’t that what celebrities do?

Instead, he was so kind to everyone. (And he told me I looked like one of his old girlfriends, so you know, validation…) He asked to see pictures of my kids and told me they were beautiful. He said my husband was lucky to have me. He hugged everyone in the group (and made us hug everyone in the group) and kissed me on the cheek. I don’t remember what I paid for that seminar. But it was worth every dollar and then some in self-esteem points.

I had brought a copy of Masquerade to the seminar because he was in the dedication, and I wanted to give him the book. (I’ll quote my journal from that time here)

Towards the end of breakfast, Richard looked over at me and said, “I recognize you. You’ve been to my seminars before.”

“Really?” he asked. “You look so familiar. I could’ve sworn I’d seen you before.”

“It must’ve been that poster I had of you in junior high. I knew you could really hear me when I was talking to you.”

So much for portraying an air of sophistication. Oh well, I suppose he was bound to discover the truth about me sooner or later. I mean, how do you remain sophisticated while telling a stranger you put them in the dedication of your romance novel?

I was a little worried about how I was going to work that detail into casual conversation. He was there to give a seminar. How was I going to give him my book? (“I’m not sure if you like reading romance novels, Mr. Hatch. But I thought I’d give you this one…”)

As it turned out, I couldn’t have scripted the conversation better if I’d written it myself. At lunch (yes, he sat next to me then too,) I asked him about how he wrote his books and mentioned that I was a writer too.

“Have you ever sent anything out?” he asked. Why do people always assume I’m unpublished?

“Yes, my fifth book is coming out next July.”

“Really? Did you bring any with you?” (An odd question. I mean, how many authors travel with copies of their books?)

“As a matter of fact, I did. I brought one to give to you because you’re in the dedication.”

Anyway, after lunch, I gave him a copy of my book. He read the entire dedication out loud and said, “That’s beautiful. You’re a poet.”

My best review ever.

He was not Apollo, and yet he was deeper than I expect most Hollywood stars are. The things he said about overcoming obstacles were profound. The theme of his seminar was embracing your fear instead of avoiding it. This was a new thought for me, but I understood the philosophy behind it. If you avoid doing things that make you afraid, you’ll never leave your comfort zone. You’ll never accomplish all the things you’re capable of. If we fear failure or we give up once we’ve failed, we stop living.

He talked about this for awhile and told us that we needed to let ourselves feel fear, embrace it for what it does for us (gives us energy.) We should take that energy and use it instead of trying to push fear away.

As part of the seminar, we were to climb a thirty-five-foot pole, do a rope course, and then jump off a platform and zipline to the ground.(More quoting from my journal here.)

While we went to the course, Richard asked us to talk about our fears. I said, “If I told you  my biggest fear was that I was going to break off all of my fingernails, would you think I’m shallow?”

He didn’t answer. One of the other women laughed and said, “That’s not shallow; that’s protecting your investment.”

Richard told us the story of the first time he did a ropes course. He went up as fast as he could then immediately did the macho thing. He did a kamikaze dive off the top. He said when he got to the ground he felt pumped up and exhilarated until his instructor started asking him about the experience. Things like “Why didn’t you look around while you were up there? Why didn’t you take your time to enjoy the experience?”

Richard realized he hadn’t been exhilarated; he’d been scared to death and so he’d done what he’d always done in life. He clenched his fists, shut his eyes, and dove in. He suddenly saw the ropes course as a metaphor for his own life, for how he dealt with problems. He’d been scared, so he done a dive instead of completing the exercise. He’d covered his emotions up with machismo. He said the experience haunted him for three years until he did the ropes course again at another seminar. This time he did it the right way. He embraced his fear.

As I watched everybody else do the ropes course, I began to get a little nervous. I knew the harness would keep me from splattering to the ground, but I worried that I might fall and swing into one of the poles and thus break all of my teeth out. I really didn’t want to look foolish. Perhaps it was pride. Perhaps pride can conjure up worse fears than walking on a shaking log high above the ground.

As I was waiting for my turn, Richard came up and stood beside me. “Are you afraid?”

“Well, I wasn’t until I saw Lorraine screaming up there.”

He smiled at me in a teasing way. “You just came to the seminar to say hello to me and now I’m making you do stuff.”

“Yeah. I had to hug people and now this.”

He gave me his glasses to hold while he went up. He did the course quickly, confidently.

I wasn’t going to do less on my turn. I went up without hesitation and walked pretty smoothly across the swaying log. The only problem came when the rope on the harness got stuck and I couldn’t move forward for the last foot. I was supposed to reach over and touch the far pole with my hand but the rope wouldn’t let me move forward. I figured if I lunged forward I might get the rope unstuck but in all probability I’d also lose my balance and perhaps some of my teeth too. So instead of touching the pole with my hand, I lifted my foot and touched it that way.

Now that I think about it, that’s kind of scary thing to do–stand on one leg on a suspended log, but at the time I didn’t even think about it. Then I walked to the middle of the log and as we were required, put my arms up, my head back, and leaned backwards. Next, I walked to the end of the log and climbed up on the platform. I sat and looked around while I waited for the staff guy to change ropes on my harness so I could jump off the platform and slide down the wire. I was the most nervous then because I’d seen the group before me sort of fall and then jerk back up as they slid. I don’t like falling and I was afraid the jerk would hurt my back. I called down, “I can’t believe I paid for this.”

Richard called up to me, “How do you feel?”

“I want something to embrace besides my fear,” I yelled back and then I jumped. The surprising part was that it was fun. It felt just like sliding through the air. If I could have done it again, I would have. As I returned to the ground, Richard walked up to me.

He laughed and told me he’d known all along I was spunky. Then as we strolled back to the others he said, “I can tell you have a way with words.”

“Yeah, I know, that’s how I can tell you have a way with words.”

Could I have planned out things for him to tell me to validate me more?

When we watched the video of ourselves on the ropes, someone pointed out that I had a smile on my face during the whole time. I could tell it was a nervous smile while I was crossing the log, but nevertheless, it was a smile.

That got me thinking about the whole ropes-as-a-metaphor-for-life thought. During my time up on the course, I was joking around, shooting off clever one-liners instead of doing something sensible like screaming. Why do I do that? Do I use joking as a defense mechanism? Do I joke around to keep people at a distance, to keep them from knowing what is serious and important to me? Perhaps I just see life differently than other people. I don’t know. Richard wanted us to do soul-searching, and I guess it worked.

It’s been sixteen years since I did that rope course, and I still think about it sometimes. To tell you the truth, I still don’t know the answers to those questions.

Richard, you made me think, you made me dream, and for one short day, you made me feel really good about myself. More than a million people have lived part of my teenage crush on you as they’ve read my books. You will be missed. 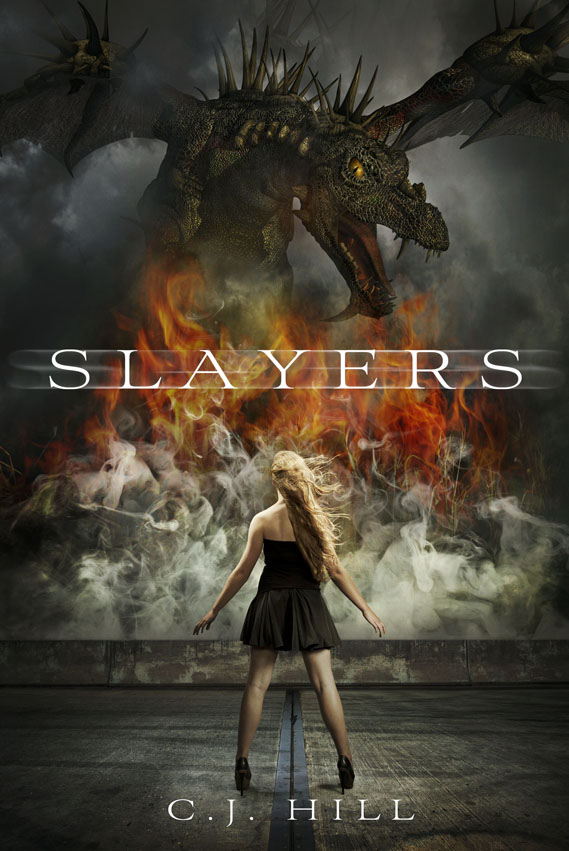 see the first book in the series here