You know, Dirk was never even supposed to have a relationship with Tori. That just sort of spontaneously happened in the scene where they found out they were counterparts because I realized that a guy like Dirk would actually kiss her during that scene.

And then suddenly he had these strong feelings for her for the rest of the series that were driving his actions.

And in case you haven’t guessed, the climax revolves around Dirk.

I hadn’t originally planned that either.

This was a story where the climax came to me first. Originally it was going to be a story about losing your entire support system and having to face your dragons alone. All of the Slayers were going to lose their powers except for Tori. The dragons weren’t going to come until the group had graduated from college and had lost track of each other. (Dr. B was going to die of a heart attack or something in this version, and without camp and the supplies/ practices the kids move on with their lives.)

Tori was going to get a job and be surprised to find that she was working with Jesse–and then be even more surprised that he’d forgotten everything.

I had imagined this very funny scene where she was trying to tell him what he really was and he thought she was crazy.

And then the dragons would start attacking and she would have to make the heartbreaking choice to fight them alone, knowing she’d most likely be killed.

But then Jesse’s powers would be turned on and he would realize that she’d been telling the truth and he would join her, saving the day.

Part of the reason it changed was because years ago when the idea first occurred to me, social media wasn’t a thing. Now it would be harder to believe teenagers would lose track of each other. A bigger reason the plot changed was because I sold the series as young adult, and I didn’t think teens would be happy if I’d made the characters 25 at the climax.

And the biggest reason it changed was that Dirk took over the series.

And that’s why you should never use Dirk Benedict in any of your books. He will do things you didn’t expect him to do. Thanks, Dirk Benedict. Thanks. 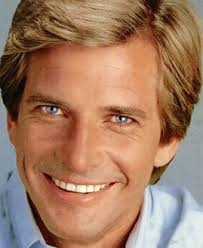