Over the years since I wrote Just One Wish, I’ve received many emails about the ending. Some of them ask me what happens to Jeremy, Annika, and Steve. While I was answering this question in an email, I thought I’d put the answer out here on the blogosphere for anyone else who wonders  why I wrote a less than happy ending. (Actually, when you think about it–at least when you think about it like I do– it’s a very happy ending.)

Here’s the thing about Just One Wish. I wrote the book because I was tired of all the books where a character dies (there are soo many) and no one in the book ever talks or thinks about God or the afterlife. It seems to me that anyone who is faced with death thinks about God and the afterlife. Instead, the character usually says something along the lines of, “S/he lives on inside of us.”

That philosophy has never been comforting to me because my mother died when I was six years old. I only have memories of her being sick from cancer. I don’t want to believe that she lives on inside of me, I believe that when I die I’ll see her again, along with my grandparents. And it will be a happy reunion.

You asked if Jeremy survived.The reason I probably will not write a sequel is that there is no way I could kill him off in a book. (I modeled him physically on one of my sons so I would be sure to write about him with emotion.) If I wrote a sequel, he would be miraculously cured.

However, when I wrote the book and considered curing him, I thought: Yeah, but even if he does live now, he’s going to die one day. The problem of death is still there. I would just put it off for a few decades. We all have to face death one way or another. So the only truly happy ending is one where a character has faith that there is a God and an afterlife where we can be together with our friends and family.

So does Jeremy survive? Let’s say yes–he’ll live for awhile. For how long, I’m not sure. Days or decades. But his death, and mine, and yours will be okay if we’ve lived lives we can be proud of.

Do Annika and Steve stay together? Of course! In my mind all of my characters (even though most of them are in high school) live happily ever after with their guy. (Hey, it happens. I know people who married their high school sweetheart and are still together.) I’m a romantic like that. 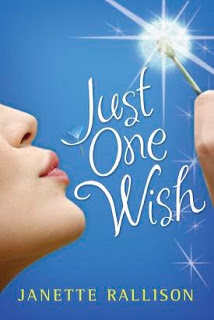 You know how you’re always being urged to choose you’re favorite singer, dancer, whatever?

It’s a totally unreliable way to determine which item is best, because you just know that said singer, dancer, whoever, is begging all of their friends to vote for them.

Just like I’m going to ask all of you to go to:

and vote for Just One Wish in their best cover contest. (Hey, I made it to the finals without even voting for my own cover.) Of course, I would never ask you to vote for my cover if you didn’t think it was best, but I’ll point out that Just One Wish has sparkles in the dandelions. It sparkles. Sort of like an ultra hot vampire on a sunny day. Edward would choose my cover . . .

Guess who just got a book trailer for Just One Wish? Yes, that’s right, Andie my intrepid Rent-a-Teenager has done it again. In honor of the book trailer, I’ll be giving away a copy of the book. Get it now while the background is blue–when it goes to paperback, Putnam is changing all of that blue stuff to pink. I don’t know why. Perhaps the lips are now blowing dandelions at sunset. Mine is not to question the bow-tied one’s decisions.

If you want a chance to win, leave a comment about something you liked in the book trailer. And let me know if you’re a follower, because despite what your mother told you in junior high about being a follower, it does pay off here. You’ll get double chances. Good luck!

I just realized that I never did a give-away for Just One Wish that came out in March. Or if I did do one, I’ve forgotten, and I’m too lazy to look back in my blog and check.

In the book, seventeen year-old Annika wants to find her little brother’s idol–the actor who plays Teen Robin Hood–and convince him to visit her brother before her brother goes in for surgery.

My question for you is: If you were going in for a risky surgery and could have any person alive come and visit you beforehand, who would you choose?

Here is a picture of me holding your lovely gift should you win this contest. 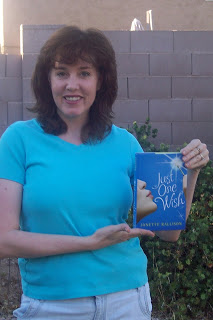 But wait, there’s more! One of my writer friends said she always gives away a tie-in from her book, so I thought about objects used in this book (snakes, Winnebagos, stolen shorts, hair nets) and I decided to give away some stolen shorts!

Okay, just kidding. I am not about to steal anybody’s shorts. Instead I’m including a lovely set of four hair nets. There used to be five but I took one out to model it for you. Then I decided I looked hideous in hair a hair net and did I really want that picture floating around the Internet forever? So here is one of my youngest fans modeling it for you: 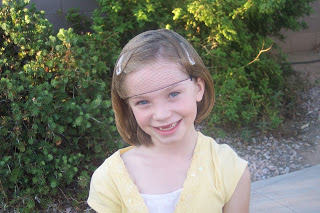 So go ahead and leave a comment. Just One Wish is funny, romantic, thought provoking,and completely fat free!