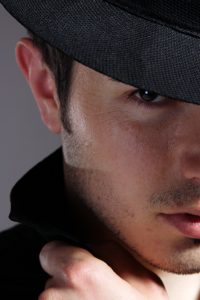 My writer’s group had finished and a few of us lingered on way past the time we should have gone home. (Just like every month.) This month we were bemoaning the fact that our various books with complicated plots were so hard to write and yet got us no respect from agents/editors/readers.

“We should all just write a series of hot cowboys,” I said. “Readers love hot cowboys.” (Something readers and I have in common.)

“We could have a family of brothers and all write one brother’s story,” someone suggested.

And Melinda–I remember it was her–said, “Okay. Let’s do it.” Then she started planning a trip to Bisbee for the next month so we could all get a start on our stories.

And I was like: Wait, I was just complaining. I didn’t mean to start a new series.

But of course, I didn’t say that, because I was the one who suggested it in the first place. And besides, it sounded fun.

I knew writing a book where the main characters were ranchers would take research, but all books do, so I wasn’t that concerned because I was going to have my friends there to help me research. We would learn together.

When we got to Bisbee, Melinda announced that her brother worked at a bank and only did the ranch’s books on the weekends–thus getting out of researching things like how to deliver a calf and figuring out when you plant alfalfa. Ruth declared that her brother was a vet. Thus abandoning the other brothers right out of the shoot.

By the way, my brother, Landon, has not forgiven Ethan for abandoning the ranch and only forgives Dillon, Melinda’s brother, because he comes home on weekends and thus can have dialog with my characters for part of the time.

Jaxon, Torsha’s brother, we all agree is the most fun character. Think wise-cracking-playful-scoundrel. I’m not sure why he ends up with all the good lines in everyone’s novels, but he does. We all love Jaxon. My book is the first in the series and I’m a little afraid readers are going to like Jaxon better than Landon.

But anyway, that is why I’m researching subjects like whether you’re supposed to leave bulls in with your herd for year-round breeding (they call it servicing, just in case you want to throw around some rancher lingo) or whether it is better to breed for only a three-month window so you have all your calves in the spring. I spent an entire evening reading the pros and cons about that.

I know about sale barns, feedlots, the benefits of AI, obscure breeds of cattle that are more desert resistant–Criollo. (But none of the ranchers seem to carry them. Don’t ask me why.) the problems with newer model tractors (You can’t fix them yourself because of the computer software and it’s ridiculously expensive to have your tractor towed to a dealer) grazing rates, water pumps, the process of fixing a fence, how much one of those circular bales of hay weighs (800 lbs) and two different ways to castrate bull calves.

And I’ve still only scratched the surface.

I’ve got a lot of details to fill in still. That said, the book is coming along great. I’m almost done with the first draft.