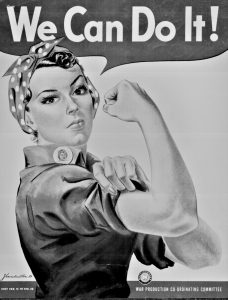 I have a WWII romance in the writing queue. After finishing Slayers 4, an Echo Ridge romance novella, and an upcoming project that I haven’t seen the contract for so I won’t announce yet, I will finish it. And because I know it’s there I’ve been watching WWII documentaries and reading books set in WWII for about a year. Here are some things that will happen to you if you study the subject as well.