As many of you know, I have a thing for dolls. I finally had to stop buying them because I ran out of room in my house. There are dolls perched on my closet shelf that look down on me reprovingly because I evicted them from the doll case.

But I was on eBay the other day and just out of curiosity, I checked to see if reborn dolls are still a thing. And oh yes, they are. I couldn’t resist sharing some of them with you.

If you don’t know what a reborn doll is, here’s a good example: 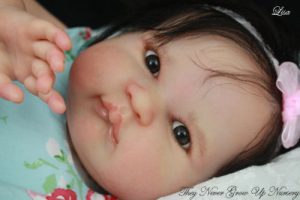 Can you believe this is actually a doll and not a real child? That’s what reborn dolls are supposed to look like: real children. And since they’re one of a kind and handmade, they’re expensive. (Also like real children.) 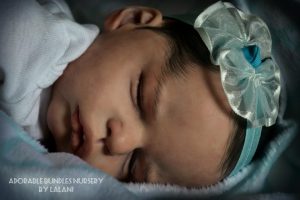 However, some doll makers have developed their artistic skills more than others. So in the helpful spirit of the Cake Wrecks blog, I’m offering advice to aspiring doll artists. (And there will be no buzzers involved, which is more than I can say for some of my writing critiques.)

This doll has a question. And I think the question is: What were you thinking? 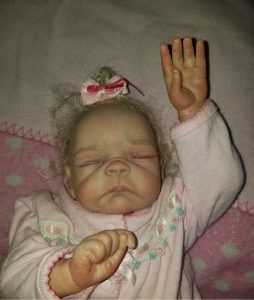 Then again, neither is red. Why do so many doll artists use so much red? Is it cheaper than the other colors? Are childhood epidemics back in style? 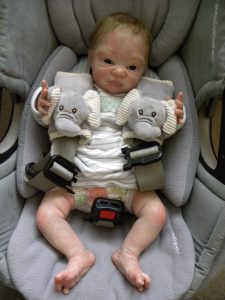 The doll looks quite disgruntled about his color and is clearly contemplating smacking those elephants together like cymbals.

Of course, sometimes the color isn’t the problem. You know that saying about breaking the mold? Someone should have done that for this doll. Sleep deprived is never a look you want in a baby. 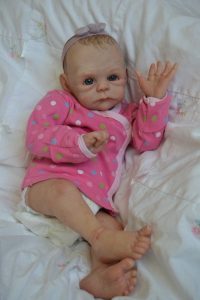 And speaking of looks you want to avoid, your doll shouldn’t appear to be fending off attackers. 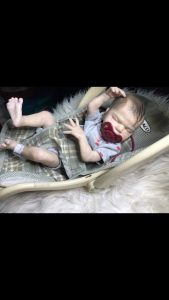 Since I last wrote about reborn dolls, one startling trend has reared its head on eBay. Lots of less expensive reborn dolls are appearing from China. I’m not making this up. Apparently even poorly-executed-doll-artistry is being outsourced to cheaper labor.  Here is one of the Chinese reborn dolls. 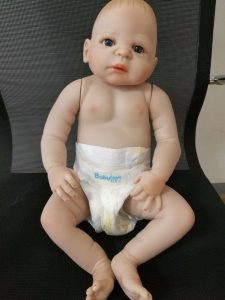 But not to worry, I think Americans will rise to this new challenge. We can make better not-quite-right dolls than you, China.  Take this one for example:

See, this doll looks more realistic than the China-made doll. And much more frightening too. Like, he’s not the only one screaming right now.  And then there is this one: 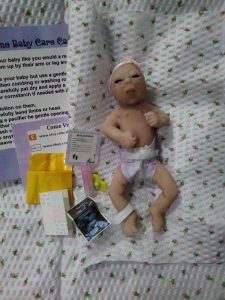 Granted, on the scary scale, this doll scores pretty high, and some of you may have nightmares now. But that’s not the point. The point is that Americans are creative and innovative. We see things outside of the box–sometimes outside of the solar system. You can’t take that away from us. 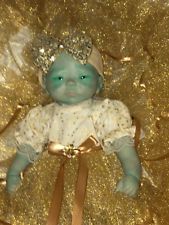 At least the doll isn’t red, so there’s that.

You know what… Maybe we should just let China have this career.

If you want to see the other blogs about doll wrecks, you can find them here:

And Even More Doll Wrecks